If you are interested in joining the 2022 Fishers Marching TIGER Band, we will unlock information regarding registration, schedule/calendar, fees, booster updates ON REGISTRATION NIGHT .

Our design team has been hard at work planning and are super excited about the 2022 season!

Register for the 2022 Marching Tiger Band

It’s finally time! Your directors and design team have been meeting and planning, and it’s time for you to find out all about the upcoming marching band show and season. All students interested in joining the 2022 Marching Tiger Band, regardless of past participation should register by May July 20th.

The marching TIGER band is the most visible group of the Fishers High School Band Program. This vibrant group of musicians practice beginning in the summer months and then on through October. During the summer, the band participates in local parades to prepare for the more intense drill work ahead. During the school year, the marching band participates in numerous Invitational competitions, which lead up to regional and state marching band competitions in late October and early November. The Fishers Marching Tigers has grown to include around 200+ students.

The marching band is comprised of both the band and a color guard, which provides much of the visual spectacle of the performance. During a performance, each band member goes through a series of movements, or drills, which have them traveling across the field performing 80 different form sets. It takes an incredible amount of teamwork to make these complicated drills happen seamlessly.

While marching band is an extra-curricular activity, students who participate in the Fishers High School Marching Band are required to also be in one of the Concert Bands, which meet as a class daily.

Or, use the app and find @fish-march 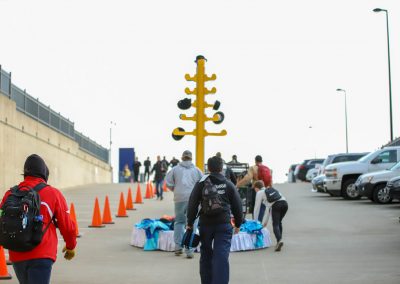 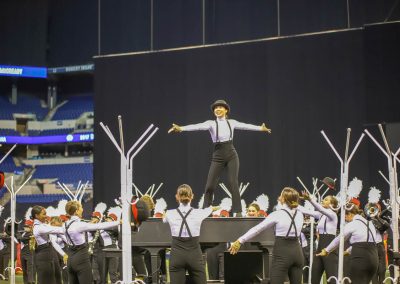 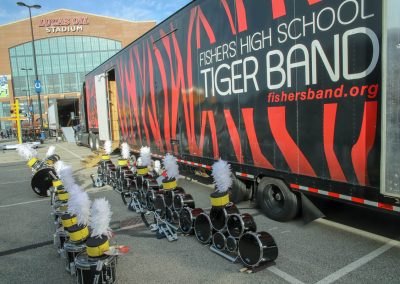 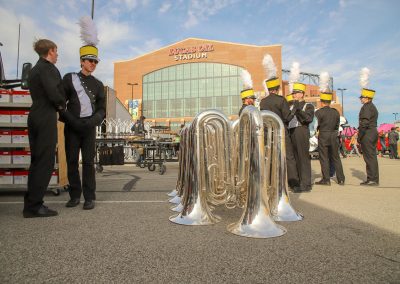 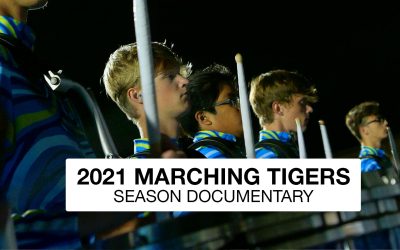 The FHS Band Booster organization is offering two $750 scholarships to graduating seniors who have been involved in the band program. The attached information and application must be returned as instructed, complete with all attachments, to the box in the bandroom or...

The Silent Auction will kick off at Community Night, March 13th, and run through 9pm on Sunday, March 22nd! The deadline for submitting Silent Auction items is Wednesday, March 4th (National Marching Band Day – see what I did there?). You will be receiving more...

Videos from the 2019 Marching Band Banquet

The directors have graciously allowed us to decorate the band rooms for semi state this year to help get the kids excited for the next few weeks. Here are the things you need to know: Decorating will be Thursday after the kids head to the stadium. This is meant to be...